What is Inside of a Marker That Makes it Permanent? 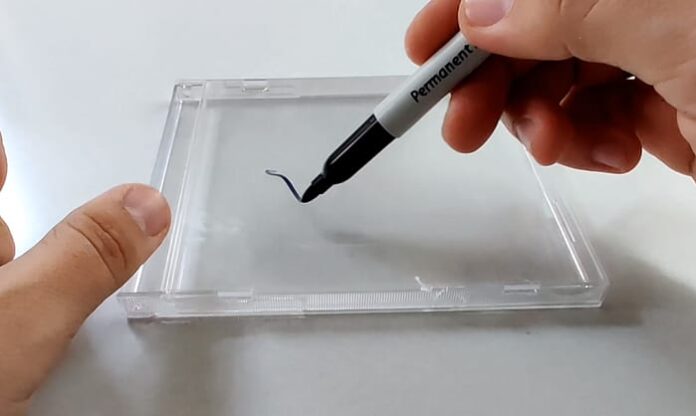 Even if you use permanent markers daily, you’d probably have difficulty explaining how they function. Every marker has specific components that are necessary for its construction. These components determine how they work together to produce a consistent and uncontaminated line. Remember that the term “permanent” might be misleading since most markers marketed as permanent are not resistant to light unless they are mainly marketed as archival markers. Long-lasting permanent markers are the same: a hollow tube made of plastic that is hermetically sealed, except for a single hole at one end. This tube contains a long stick similar to a sponge and is made of porous material. The stick extends slightly beyond the mouth of the tube (the tip of the marker). The ink has completely soaked into the absorbent substance contained inside the tube. A syphoning action causes the ink to be drawn from the inside of the tube all the way out to the tip when it evaporates or drains from the exposed tip. Three components form the ink used in permanent markers: a colourant, a solvent, and a resin.

The pigment or dye that makes up the colourant gives the ink its particular hue. When you look at a line produced with a permanent marker, the colourant is what you see. Whether the line is black, blue, red, bright yellow, pink, or any other hue is true. The most significant distinction between pigments and dyes is that pigments are often insoluble in water and other non-polar solvents, while dyes may be dissolved in water. The only exception is if the pigment is crushed into a fine powder. Pigments are often the colour of choice for markers due to their resistance to being dissolved by moisture or other environmental factors because of this feature.

Without this liquid carrier to dissolve and carry ink colourant and resin via the sponge through syphoning, permanent markers would not operate. The solvent is genuinely the key to making permanent markers work. In contrast to water, a polar solvent, the ink solvents used must be non-polar to dissolve non-polar colourants and resins. In the beginning, producers would use xylene as a solvent; in the 1990s, they moved to use less hazardous alcohols, such as ethanol and isopropanol, because children started using markers in school. After the liquid ink has been sprayed onto the paper, the solvent immediately evaporates into the surrounding air, leaving behind just the colourant and the resin.

Ink resin is a polymer that acts like glue and guarantees that the ink colourant “sticks” to the paper after the solvent has been removed. If ink consisted of just the colourant and the solvent, the colourant would change into dust as soon as the solvent dried up or evaporated, falling off the paper. Even though the ink resin tends to be “sticky,” the ink solvent helps keep it fluid and accessible within the marker’s plastic tube, which is sealed.

The ink resin is where you’ll find the most significant distinction between long-lasting permanent markers and non-permanent markers. The resin used in permanent markers is often relatively non-polar; as a result, it does not dissolve in water at any point. If any clothing has been stained with ink that contains this non-polar compound, then the mark will not be able to be removed by your washing machine. Dry cleaning, where the item of clothing is cleaned with a non-polar solvent such as acetone rather than water, will dissolve the resin and, thus, erase the mark. On the other hand, non-permanent markers often use ink polymers that may be easily dissolved in water. In addition, permanent markers could use certain pigments and dyes that are water-resistant and won’t disintegrate in liquid.

Why Arkfeld is Safer to Use

The TurboBaster: A Revolutionary Kitchen Appliance