What Is Campylobacter Food Poisoning And How Does It Happen? food 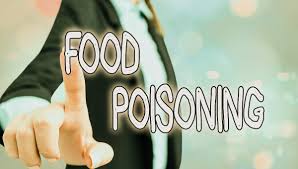 What Are the Symptoms of Campylobacter Food Poisoning?

The symptoms of campylobacter food poisoning range from mild to severe, and can include diarrhea, abdominal pain, nausea, and vomiting. Most people recover completely within a few days, but serious cases can lead to permanent health problems. Campylobacter is commonly found in poultry, but it can also be found in other foods, such as eggs and raw chicken. The best way to avoid campylobacter food poisoning is to cook all meat thoroughly and to avoid eating raw poultry or eggs.

What Are the Treatment Options for Campylobacter Food Poisoning?

Most people who experience campylobacter food poisoning recover completely without any treatment. If you experience any of the following symptoms, however, you may need to seek medical attention: severe diarrhea, abdominal pain, or vomiting that does not improve within a few hours. In more serious cases, antibiotics may be necessary to treat the infection.

How Can Campylobacter Be Spread?

Campylobacter is a bacteria that can be spread through food and water. It can cause gastrointestinal illness, including diarrhea, vomiting, and fever. It can also lead to more serious illnesses, such as Guillain-Barre Syndrome (GBS), an autoimmune condition that causes paralysis.
How Can Campylobacter Be Prevented?
It’s important to cook food properly, thoroughly wash hands and surfaces often, and avoid cross contamination. To learn more about how to prevent campylobacter from spreading, visit the Centers for Disease Control and Prevention website.

What Can You Do To Avoid Campylobacter?

Campylobacter is a bacteria that can cause food poisoning. It can be found in raw or undercooked chicken, pork, and other animal products. The bacteria can also be found in contaminated water, unpasteurized milk, and vegetables. Cooking meat to the proper temperature (165 degrees Fahrenheit) will kill the Campylobacter bacteria. Avoiding cross contamination is key to preventing food poisoning from this bacteria.

If you are sickened by campylobacter, drink plenty of fluids, eat bland foods, and take over-the-counter antibiotics as prescribed by your doctor. If the illness is severe, seek medical attention.

What Are Some Precautions You Should Take When Eating Out?

To avoid food poisoning, always wash your hands before you eat, cook food to the correct temperature, and avoid eating raw or under cooked meat or poultry. Also, be sure to drink plenty of water and avoid eating unpasteurized dairy products.

If you are infected with campy lobacter, take antibiotics as prescribed by your doctor.

It is important to remember that food poisoning can occur anywhere, at any time, and even if you follow all the precautions listed above. If you think you may have food poisoning, be sure to consult your doctor.

Campylobacter food poisoning is a relatively common problem in the US, with over 100,000 cases reported each year. It is caused by eating contaminated food and can lead to diarrhea, fever, stomach pain and even vomiting. If you are concerned that you or someone you know may have contracted campylobacter food poisoning, it is important to seek medical attention as soon as possible. The sooner the infection is treated, the better your chances of recovering fully.

What kind of human feeling quiz uquiz are you?

How Food Entrepreneurs Are Pitching Their Brands To Influencers

How Do Potatoes Change Over The Season?